In what companies to invest on the European market?

When it comes to the stock market, everyone immediately thinks of the American one. This is justified: the U.S. economy is considered the strongest in the world, and therefore the stock market is the largest.

However, this does not mean that there is nothing else to pay attention to except the U.S. stock market. There are many emerging markets that investors are now paying attention to, as they have great growth potential.

In this article, we will talk about the European stock market. Of course, it does not compare to the U.S. market in terms of size, but there are also some promising companies whose stocks are worth investing in. 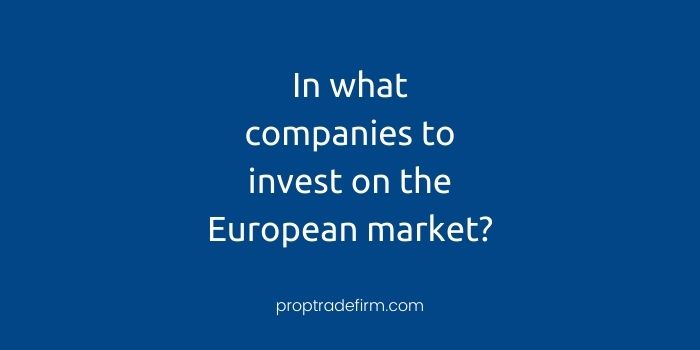 A British oil and gas company. 2020 was a difficult year for the oil and gas sector. Communication between countries was suspended, and lockdowns were still in effect within some countries, which markedly reduced fuel consumption.

Once the world began to return to normal, so did the oil and gas companies, which includes BP.

The company closed the first quarter of 2021 with a profit of $4.6 billion, compared to a loss of $4.3 billion a year earlier. In addition, at the beginning of the year, BP discovered a major oil field in the Gulf of Mexico, which means an increase in the number of deliveries and, consequently, higher profits.

BP is cooperating with the Russian oil company Rosneft. At the end of May 2021, it was reported that the two companies were working on the development of many other joint projects. This zeal of the BP is understandable: during the year of cooperation the company’s profit has grown by 307%, and one-third of all oil is produced thanks to Rosneft. Further, projects of the companies will be aimed at field exploration, production as well as refining, and retail business.

Taking into account how much better the BP has done after the first year of cooperation with Rosneft, there is every assumption of further growth of the former’s shares. Analysts suggest it could grow as much as 45% by the end of 2021.

The French oil company. At the end of May 2021, the company changed its name to TotalEnergies, thus hinting that the company will be transformed into an energy company and will try to minimize harm to the environment.

This move makes sense: the “green energy” trend is underway. Companies that are directly or indirectly related to it are valued by investors – they willingly invest in securities of representatives of the segment. In addition, if there is an opportunity to change the vector of development, to attract more investment and cause less damage to the environment, then why not take advantage of it?

It is to build better logistics for transportation of liquefied natural gas, which is suffering now, as well as the opportunity to receive LNG at this terminal. Continued growth in the company’s stock through the end of the year is 23%.

Manufacturer of aircraft engines. It is clear from the company’s line of business that the previous year brought enough losses. The fact is that Rolls Royce works with the airlines on the following principle: the automaker bills the airlines for the hours the planes “flew”. Back to the topic of lockdown: for part of 2019, air travel between countries was only available for industrial flights (delivering products, medicine, and other things), and for companies with a continuous production cycle.

There is probably no need to explain that passenger flights inside and outside the country are an impressive portion of the total number of flights. Because of this, all airlines made losses – there were no exceptions. The companies that serve the airline sector, which includes Rolls Royce, also suffered losses. As the pandemic eased and air service resumed, things began to stabilize for the company. At the beginning of May 2021, Rolls Royce published its own forecast for the second half of the year. According to it, in the next six months the company will return to the positive values of free cash flow, which was negative for more than a year.

To strengthen its position, Rolls Royce is going to sell its own assets for $2 billion, and there is a possibility of the sale of the Spanish division of ITP Aero, which is estimated at €1,5 billion.

In connection with the appearance of a lot of positive news for the company, analysts predict an increase in the share price by the end of the year, up to 45%. 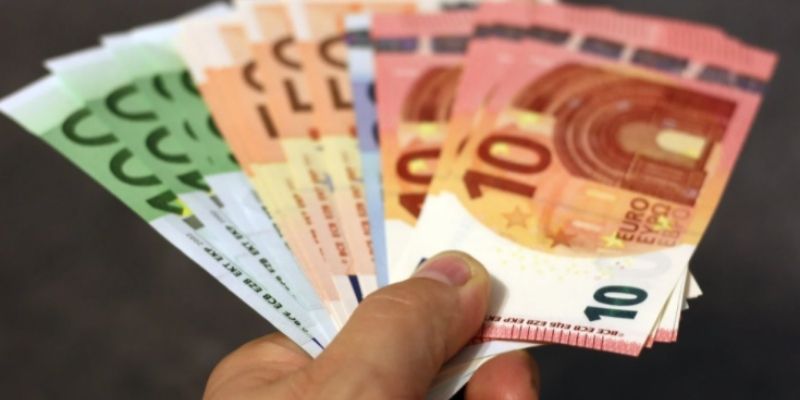 German sportswear manufacturer Adidas closed the first quarter of 2021 just fine: the company’s net profit increased 18-fold, from €31 million to €558 million. Also, due to the covid restrictions, the number of orders through the official platform increased by 43%.

At the end of 2020, it was reported that Adidas was considering selling the Reebok brand, and in February 2021 the information was officially confirmed. According to CEO Kasper Rosted, the two brands could better realize their growth potential separately.

The main reason why the companies’ share prices will rise until the end of the year is that the EU and the U.S. have ended a long-standing trade dispute. Since 2004, the U.S. company Boeing and the European Airbus have accused each other of receiving illegal subsidies from the state. Initially, the accusations came from the U.S., but afterward, the European Union responded as well. But now a new player has appeared in the arena of aircraft manufacturers – the Chinese company Comac. According to the fears of Europe and the U.S., by the end of this decade, Comac may become a full-fledged competitor to Boeing and Airbus. In connection with this, the heads of the companies decided on a truce, which includes the reduction of fares for flights.

Both companies are considered to be the world’s largest aircraft manufacturers, and a truce between them will benefit each side. Analysts predict a 16% growth of Airbus shares until the end of the year.

Here we have analyzed the most interesting European companies which have a good growth potential till the end of 2021. But it is not all the representatives of the European Union you can pay attention to. For example, the green sector is trending right now, and there are many car manufacturers in the EU who are focusing on electric cars, which is also a good investment option.