Nowadays, there are many ways for investors to multiply their capital. The main thing is to choose the right time to invest and develop a competent strategy.

It is now becoming popular to invest in various startups and projects, which rose sharply in price on the HYIP, but eventually fell in value. Many investors managed to invest in them and hit the jackpot. In this article, we will break down three strategies that can help you earn $100,000. One thing to keep in mind, however, is that you need to have a certain amount of money – perhaps the same $100,000 – to make a $100,000 profit. 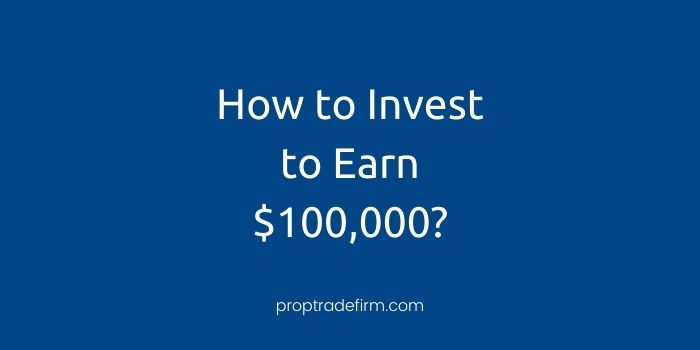 The first strategy would be to assemble an investment portfolio of stocks from various companies and funds. But be prepared that you will need a lot of money and time, as this method is considered investing for the long term.

Investors’ interest in foreign assets is increasing, and the top five US market leaders, FAANG, are the first to attract attention. This includes 5 leading companies and each letter of the name denotes the name of one of them: Facebook, Apple, Amazon, Netflix, and Google. These are the leading companies in the NASDAQ index and adding them to your portfolio is always a good decision. U.S. companies continue to grow, the reasons being helicopter money, good reporting, and buyback procedures. The main factor in the growth of FAANG quotes is the constant expansion of the number of clients. Let’s break down each company by capitalization in the index in order:

Buying shares of FAANG and other leaders in the IT sector is considered a universal way to guarantee profits: the sector is constantly developing and new areas of activity are emerging. But we should not forget that their quotes are capable of falling just like any other companies. Therefore, the choice of assets for investment should be based on their thorough analysis, as well as following the macroeconomic news about the market.

For a portfolio, you can also buy an asset such as an investment fund (ETF), which consists of stocks in a particular sector. We need a fairly stable and promising ETF that has good growth potential. For that, we can choose the fast-growing green energy sector, the First Trust Nasdaq Clean Edge & Green Energy, which mirrors the dynamics of the Nasdaq Clean Edge Index. Its main feature is that in addition to green energy companies, it includes producers of electric cars, biofuels, and electric vehicles. Thanks to this, the ETF covers a wider range of assets with different risk levels, which implies an optimal level of portfolio diversification.

Many countries are now showing an increased interest in clean energy, which affects the long-term growth prospects of companies’ stocks. Another factor that affects the growth of the price of alternative energy companies is the influence of U.S. President Joe Biden, who actively supports this industry.

Thus, investing in green energy will be a suitable option for a long-term investment portfolio, as the field is gaining momentum every year and interest from many countries is quite high. 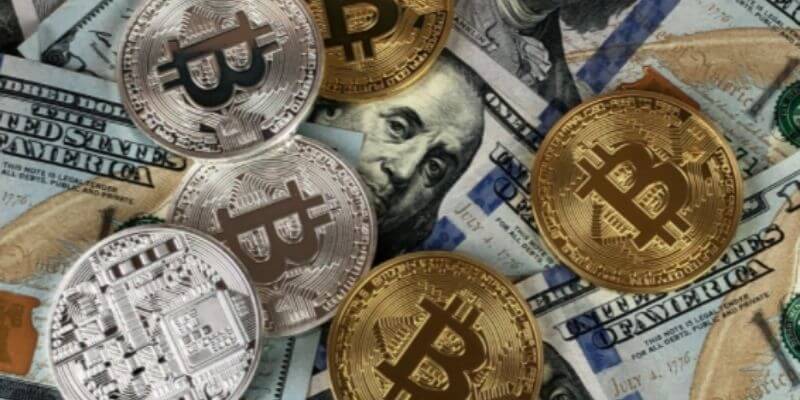 The point of this strategy is to invest after events that negatively affect the economy and provoke a market collapse. In this case, the investor has little time – but will require less investment than in the previous method, and the profits can be multiples.

As an example, the markets crashed in March 2020, during the coronavirus pandemic and the aftermath that led to one of the worst global market crashes in history. This is the period when countries shut down borders and industries and airlines shut down services.

This could also include May 2021, when cryptocurrencies collapsed. One month after updating its all-time high of $65,000, the value of bitcoin dropped to $28,000. This came after Liu He, Vice Premier of China’s State Council, called for a tougher law to regulate crypto-trading and mining in China. He also banned financial institutions from providing any services to cryptocurrency companies. This has led miners to start shutting down their coin-mining equipment or moving it out of the country. Despite external factors, bitcoin continues to increase in price and is steadily heading toward its all-time high.

Investing during a market crash can yield good returns, but it is not advisable to invest immediately after the crash. It is necessary to wait until the price of the asset is correct and then make a purchase.

The final strategy involves investing in projects that show rapid price growth in a short period. It is suitable for the investor who does not have much time and capital is limited. This may include the sphere of media space, as well as the crypto market. In the area of entertainment, companies such as GameStop and AMC, which we have already mentioned.

If we consider the market of digital assets, the sector of decentralized finance (DeFi), NFT (non-exchangeable tokens), as well as HYIP coins, which showed a sharp increase in the price in the shortest time. Let’s break down all the projects in order.

In early 2021, there was a sharp rise in GameStop securities, which is considered a bright spot in history. From December 2020 to January 2021, the share price of the American retailer of game consoles, computer games, and accessories rose from $19 to $483. The company’s shares rose sharply due to Reddit users, who began buying up securities to raise their prices and declared a real war on short-sellers. In the U.S., some brokers had to impose restrictions on trading in GameStop shares to reduce the risks for holders. This situation has attracted public attention and caused a reaction from the regulators.

Shares in the once-loss US movie theater chain have soared 3,000% since the beginning of 2021. The stock exchanges even had to halt trading, as no one expected such a rapid rise. Investors who tried to short AMC stock lost $1.23 billion and that became the fuel for the rise, as forced closing of “shorts” tends to trigger a rally. Retail investors from Reddit and Twitter sparked the stock’s surge. The stock’s rise helped the company solve its $10 billion debt problem because it could have gone bankrupt back in early 2021. However, it managed to avoid bankruptcy thanks to the WallStreetBets community, which boosted the value of its securities.

In 2020, decentralized finance has become a popular trend in the crypto sector, although only a small community was interested in it before. Decentralized finance is an exchange for trading cryptocurrency, as well as apps that can be used to use cryptoassets to open a deposit or take out a loan. The most popular marketplace among DeFi apps is Uniswap, which has overtaken a major platform like Coinbase Pro in terms of transaction volume. Many decentralized platforms have native tokens that have brought investors high returns. The reason for this is the growth of the sector as a whole, as well as the large number of investors who wanted to participate in the emergence of decentralized finance.

The NFT sector is booming right now, with projects ranging from decentralized marketplaces to mergers with DeFi. NFT stands for non-mutually exchangeable token and according to experts, it is pure hype, but it works. The high level of hype in this area is due to the fact that cryptocurrency owners began investing millions to obtain a virtual art object. The popularity and demand for the NFT market come from the fact that the major players are global stars: actors, musicians, businessmen. NFT tokens are also sold by collectors, artists, and auction house owners. NFT enables tokenization not only of artworks, but also of game objects (skins and characters). In addition, the presence of a token confirms the rights to any intellectual property. Thus, it is possible to make good money on any material object that exists in digital form.

The coin gained popularity in 2021 when its value increased by 3000%. The altcoin’s growth can be attributed to the high popularity of DeFi and NFT services. In January 2021, the value of the coin was $3, and in September 2021 it reached $213. Solana is now the sixth most capitalized cryptocurrency. There is a good chance that the value of the crypto-asset will grow further because the project has a working and in-demand product that is quoted among the crypto community.

In 2021, the meme token went up 500,000 times in one month, but then lost 80% of its value. The coin’s developers followed the example of the WallStreetBets community, which has been driving up the value of GameStop and AMC stock. The Shiba Inu community includes more than 120,000 people. The main goal of the project is to create a decentralized ecosystem, and the first step was the creation of a decentralized exchange ShibaSwap. The exchange also offers the opportunity to engage in profitable farming and liquidity mining with the Shiba ecosystem coin.

There are all sorts of opportunities to invest, from investing in startups to using unfavorable events to your advantage. One should not forget that in order to get a good return, you will have to invest a lot of money. Of course, there are exceptions, such as Shiba Inu – but they don’t happen very often.