Investors talk about FOMO and YOLO. What are these things all about?

Social networks give birth to a special language that later spreads to real life and the financial world. Let’s find out what FOMO and YOLO thinking is and why it is dangerous for investments. 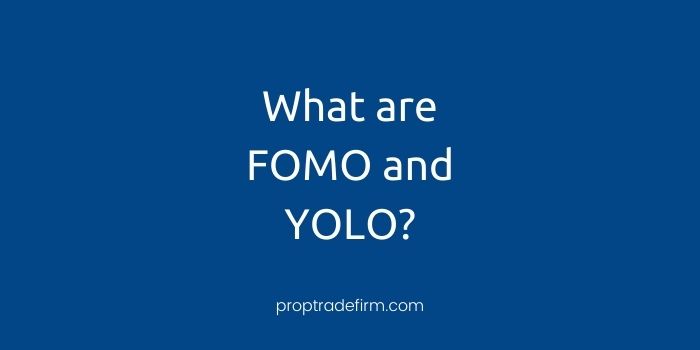 Millennials and zoomers are setting new rules for life in all sorts of areas, and so is investment. Since the early 2010s, new acronyms (abbreviations) invented by the younger generation – FOMO and YOLO – have appeared on social networks in English-speaking countries.

Initially, they had nothing to do with finance. Both expressions convey an emotional state, where a person’s behavior is based on an impulse, rather than on the arguments of reason.

FOMO is short for Fear of Missing Out. Used in accordance with the direct meaning of the expression – in situations where the fear of missing out on opportunities, any valuable resources becomes the reason for certain actions.

YOLO is short for You Only Live Once. It is used when a person acts in accordance with the need to get something desired right now, without putting it off for the future, even if later this something will have a higher value.

Acronyms originally became popular on English-language Twitter and Facebook. FOMO and YOLO were more often used as hashtags to express opinions about different situations, from attitudes to work to life philosophies.

While YOLO is common among the younger audience of social networks and is used in a more positive context, FOMO is more often used by older Internet users and reflects an anxious state and the need for difficult choices.

Both expressions have spread over time to the world of investment and finance. Money itself and as a means of obtaining other benefits is often mixed with emotions and irrational desires – so it has become convenient to describe such complex psychological states with succinct YOLO and FOMO.

Millennials are not overly concerned about their future, preferring to use resources in the present. About 66% of working millennials have no savings by the time they retire, and they don’t spend or save for apartments, preferring to rent. So only 47% of them will have a home of their own by retirement, research organization The Resolution Foundation estimates.

This is both a YOLO and a FOMO effect: they live for today, so they spend everything (YOLO); they do so because they are afraid of missing out on all the benefits that money can get (FOMO).

In the world of investing, FOMO and YOLO effects work similarly. When an investor makes a decision to invest based on emotion – against a backdrop of fundamentally unsupported stock growth, the media popularity of a company or its top executives, then acts out of fear of being left out while others make a profit – that’s FOMO.

If a person, having made money in the stock market, does not reinvest his money, but spends it on expensive and possibly unnecessary things – that’s YOLO.

One prime example of the FOMO effect could be buying bitcoin now that it has reached a record price for itself and the demand for it is very high. Another example of YOLO in investing is the arrival of many sports betting players in the stock market last year. Left without such an opportunity due to quarantine restrictions, when sports tournaments were banned in the spring and summer of 2020, they discovered the stock market.

Despite the fact that many of them had little knowledge of the stock market, they started investing without thinking about the consequences.

A reflection of these processes is the fintech Robinhood, which recorded the emergence of more than 3 million new accounts during the pandemic. Most of these investors were new to the exchange, so later, when they lost money and had trouble using the app, complaints, and fines from the SEC poured in on the startup. 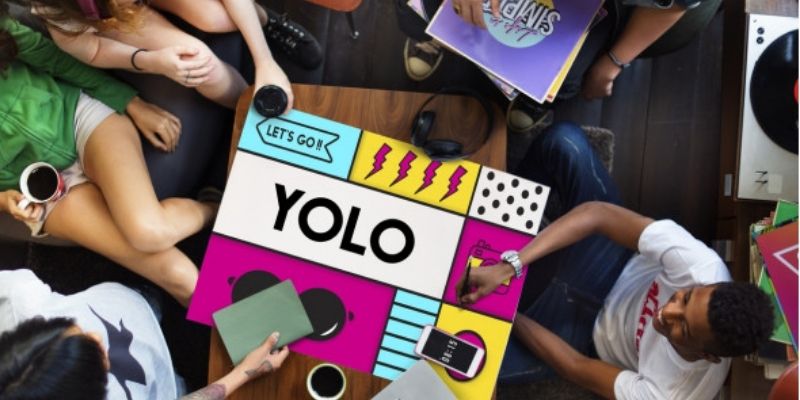 A generalized portrait of a follower of the FOMO and YOLO principles may have the following characteristics:

For example, young investors with foregone benefit syndrome (FOMO) are now buying Tesla shares, not because of dividends, but because “Musk is cool.” This leads to a change in the philosophy of the stock market; companies are booming on a HYIP, not because of real financial results.

How to protect yourself from FOMO and YOLO thinking?

To avoid becoming a victim of FOMO and YOLO, you need to understand your life needs and strive to plan for the future, financial advisors advise.

In order to safely engage in creativity, projects need to calculate a passive income for it. Then it is worth calculating how much capital you need to receive at a moderate investment strategy, the necessary amount per year. And then – to get on the path of accumulation of capital. Investments for the future should be regarded as a contribution to the creation of freedom, not as a reduction of its here and now.

The main helpers in investing are experience and time. Since YOLO and FOMO are mostly susceptible to young people aged 18-32, the lost money and time will teach them to make decisions not on an emotional wave or on recommendations from social networks, but with cold reasoning, using analytical data.

The basic advice is simple: stop listening to the info noise and behave consciously. Both in investments and in life.

In response to fatigue from the extremes of YOLO and FOMO, a new approach to life – JOMO (Joy of Missing Out) – “the joy of missed opportunities” has emerged. It can be both an emotional body response to burnout after YOLO and FOMO, and a more balanced life principle. JOMO teaches you to listen to yourself and to live consciously, acting in accordance with your values.