Fibonacci levels. What they are and how to use them in trading

The Fibonacci levels are based on the mathematical theory developed by the Italian scientist Leonardo of Pisa back in the 12th century. This theory is widely used outside of stock market analysis, in addition, the Fibonacci pattern is found in many natural elements. At least 6 derivatives are used, which are plotted according to the Fibonacci formula. 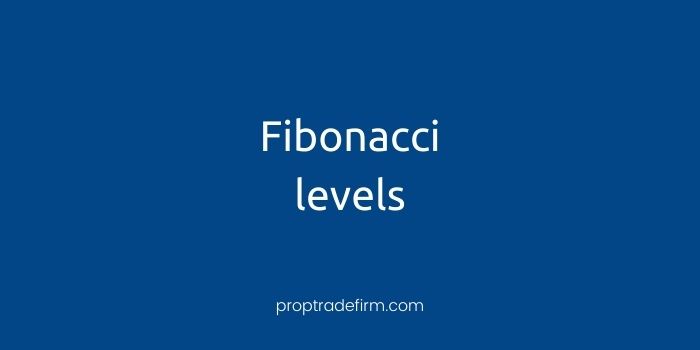 What are Fibonacci retracement levels?

Fibonacci retracement levels are a handy tool for analyzing and predicting the trend on the foreign exchange market in your terminal.

How to use – instruction for use. It is very simple. Fibonacci retracement levels are the same resistance and support levels, i.e. those levels from which the price recoils during the movement. A kind of “ceiling” and “floor” of the price. The difference between regular resistance and support levels is that Fibonacci retracement levels are calculated based on the Fibonacci sequence, i.e. they are based on the “golden section” principle.

Because in order to build support and resistance calculated in this way, we need a corrective price movement, i.e. a price rise after a price fall or, conversely, a price fall after a price rise. Using such a tool as Fibonacci correction levels, we can calculate further growth or decline in price objectives. It is very convenient to know where price may stop when it rises or falls.

If the price goes up and does not go down, or if it falls and does not go up, it means that, unfortunately, we cannot build Fibonacci retracement levels yet. We have to wait for the correction.

How are the Fibonacci retracement levels calculated?

Imagine that the price of an asset has risen from $100 to $200. In our case, this would be the main trend. The price began to decline. An upward move of $100 is taken as equal to 100%. This segment begins to divide according to the “golden ratio” principle. What for? The point is that the segments divided in this way give an excellent opportunity to determine the support and resistance levels.

Why is the 50% retracement level so important? The most important trading rule

The most important retracement levels other than 50%

In fact, the need to constantly perform the calculations that we have been doing, of course, is not necessary. Nowadays, on any platform that provides access to asset quotes in real-time, there is such a tool as “Fibonacci Correction Levels” or Fib Retracement. Now, all we need to do is to find the main trend and the correction in relation to it. And here is where many traders have difficulties – how to choose the first (starting) point…

The thing is that often when prices are moving up or down over a long period of time, they often form additional peaks and drops, which can also be regarded as the starting (first) point.

There is no hard and fast rule here. For example, a number of developments give the following rule: depending on the timeframe period.

What to do after selecting the first (starting point)?

What time frame should I choose to build Fibonacci retracement levels?

Any. Fibonacci retracement levels will work on any time frame you choose. However, it should be noted that most technical analysts do not recommend using timeframes under 1 hour because on these timeframes the price is more subject to the so-called “market noise”, i.e. a random movement that cannot be predicted.